Football Injuries May Be Life Threatening

With the season over in the Northern Hemisphere and just beginning in the South the risk of permanent injuries from football are now gaining focus. Recent highlighting of brain damage that occurs from hitting one's head on the ground or in a solid tackle include players that have died from blood clots on the brain and other head injuries. The seriousness of misguided tackles and other problems with the sport are now playing hard on parents who are steering their children into other activities.

Few parent want to see their child dead or turned into a vegetable at a young age and publicity about the seriousness of contact sports injuries is damaging their future. Those with foresight have opted for other sporting activities, such as bike riding, golf, hockey and such for their children that take a less aggressive approach to winning.

While parents love to barrack a good footie game from the sidelines they can also be quite annoying in their enthusiasm and this can also result in brawls. Games have had to be stopped when an upset parent invades the field and takes on an umpire. Those who are brave enough to regulate such a game are often targets that may lead to long term depression or worse.
Read more »
No comments:
Labels: Injuries

History of the Premier League

The Premier League had its earliest beginnings in an previous league, that was known as the Football League. The League first began in 1888. This league basically consisted of competitions between professional football clubs from all over Wales and England. As it began in 1888, it is considered to be the oldest competition in World Football. 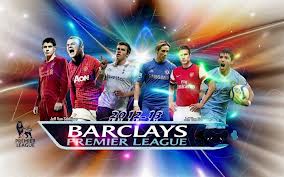 The Football League was the highest football league in England from its beginning until 1992. Since 1995 until the present day, there are 72 clubs in the Football League, that break down into three divisions, League One, League Two and the Championship. One feature of the league is to give the top Championship clubs the opportunity to change places with the lowest ranked clubs from the Premiership.
Read more »
No comments:
Labels: History

Some Must-Know Facts About Soccer Clubs

When it comes to learning soccer under the supervision of trained instructors, a soccer club is by far the perfect place. These clubs are efficiently working in the direction to provide individuals a detailed understanding of the sport, its tactics, rules and other related facts. There are several interesting facts about the store one must know. Let us discuss these facts in detail:

Strict safety concerns
This is an important fact one must know about these clubs. They adopt strict measures for a player's safety. One is not allowed to wear jewelery during the game. Not only this, peaked caps or hats are also not allowed. As far as the shoes are concerned, one can wear rubber soled shoes only. Blades, studs or molded shoes are not allowed.

Team management
The entire team is managed in an efficient way. Be it a weekend football ball or a match arranged during weekdays, one game coordinator is hired per match. He is the person responsible for all events taking place on the pitch during the game. He can take any decision for his team and it is treated as the final decision. If any player misbehaves with a game coordinator, he is asked to leave and is not allowed to come back on the pitch for the remaining game.

Rules and regulations
There are certain rules set for the game by the club members and no one is allowed to break these rules. Strict action is taken against players caught breaking the game rules.
Read more »
No comments:
Labels: History
Newer Posts Older Posts Home
Subscribe to: Posts (Atom)